Peter is the eternal bachelor & has major “commitment” issues as the love of his life has just broken up with him on Valentine’s Day. Theater critics agree that this show is a hilarious cross between, “Men Are From, Mars / Women Are From, Venus” & “Defending the Caveman.” Since 2013 Peter Fogel has been the National Touring “star” of the comedy hit. “My Mother’s Italian, My Father’s Jewish & I’m in Therapy.” However, for the last 4 years he’s been touring & starring in his autobiographical tale, “Til Death Do Us Part…You First!” Ray Romano / Everybody Loves Raymond- “A funny show about marriage and relationships. Go see it!” Michael Platt / Producer/ Writer of Netflix’s series, “Gracie and Frankie” starring Jane Fonda & Lily Tomlin- “Peter’s 1 man show was thoroughly enjoyable and funny. Relatable to anybody who’s ever been searching for love.” Peter Fogel-“When a woman says what? it’s not because she didn’t hear you. She’s giving you a “chance” to change what you said.” Contact the Charlotte Players Box office for ticket information and sales 941/255-1022 or visit them in person Monday-Friday from 10-4 at 1182 Market Circle in Port Charlotte. 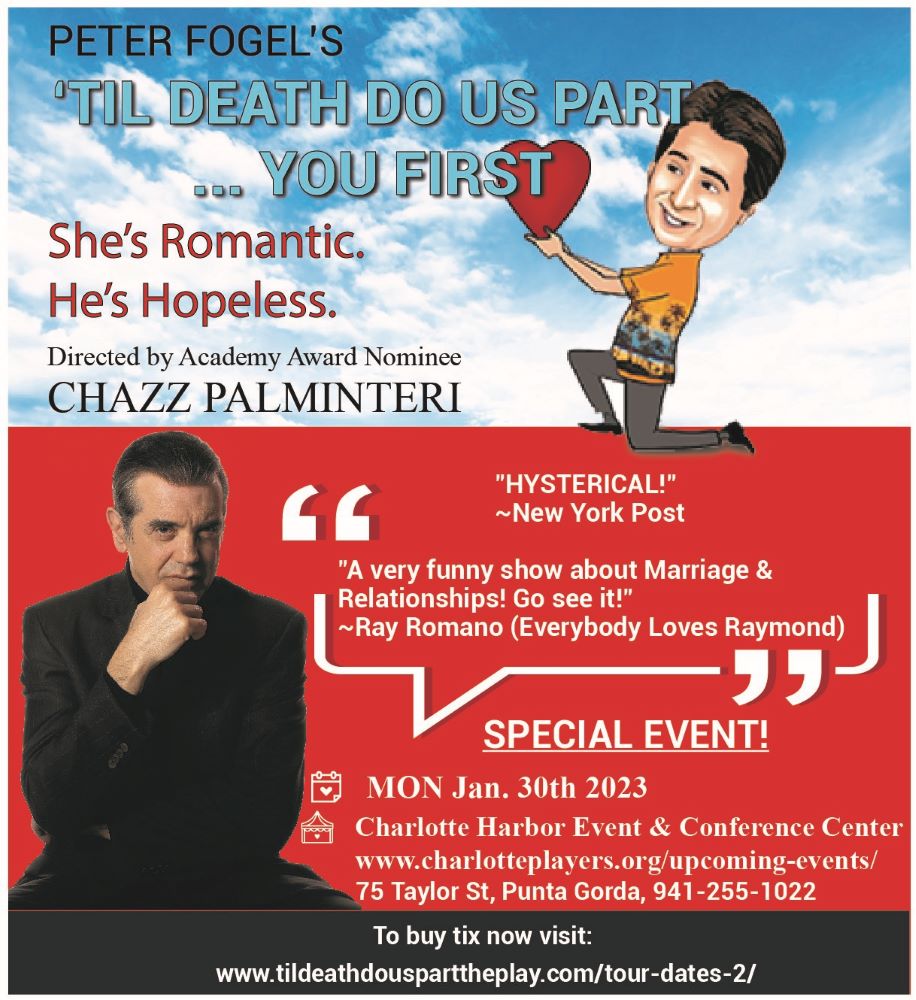