Registration ($5/person) is required at HermitageArtistRetreat.org.

It’s been a heck of a year and Michael R. Jackson has just been “sittin’ here lookin’,” as his grandma used to say, holed up in his tiny New York City apartment during a hurricane of political, cultural, and epidemiological upheaval – and way too much social media! The music within him has largely been suppressed during this time, but now a lot is coming up, and as he joins us live on the Hermitage Beach sharing music and stories, Jackson might just need somebody to hold his hair back!

Michael R. Jackson is a 2021 Hermitage Fellow and the recipient of the 2020 Pulitzer Prize in Drama. Jackson’s Pulitzer Prize and New York Drama Critics Circle winning musical A Strange Loop (which had its 2019 world premiere at Playwrights Horizons in association with Page 73 Productions) was called “a full-on laparoscopy of the heart, soul, and loins” and a “gutsy, jubilantly anguished musical with infectious melodies” by Ben Brantley for The New York Times. In addition to A Strange Loop, Jackson wrote book, music, and lyrics for White Girl in Danger. Awards and associations include the New Professional Theatre Festival Award, a Jonathan Larson Grant, a Lincoln Center Emerging Artist Award, an ASCAP Foundation Harold Adamson Award, a Whiting Award, the Helen Merrill Award for Playwriting, an Outer Critics Circle Award, a Drama Desk Award, an Obie Award, an Antonyo Award, a Fred Ebb Award, and a Dramatist Guild Fellowship. Jackson is an alum of Page 73’s Interstate 73 Writers Group. 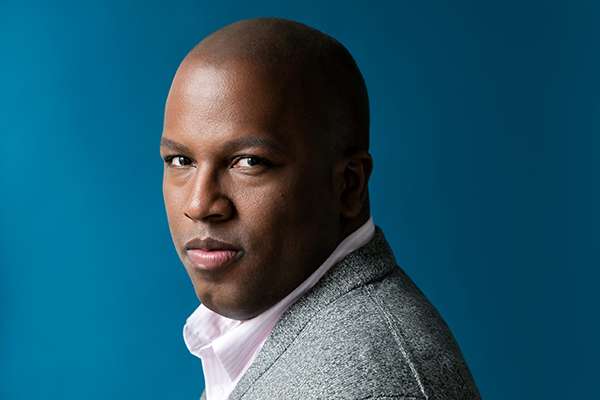